The black pearl of the Mediterranean 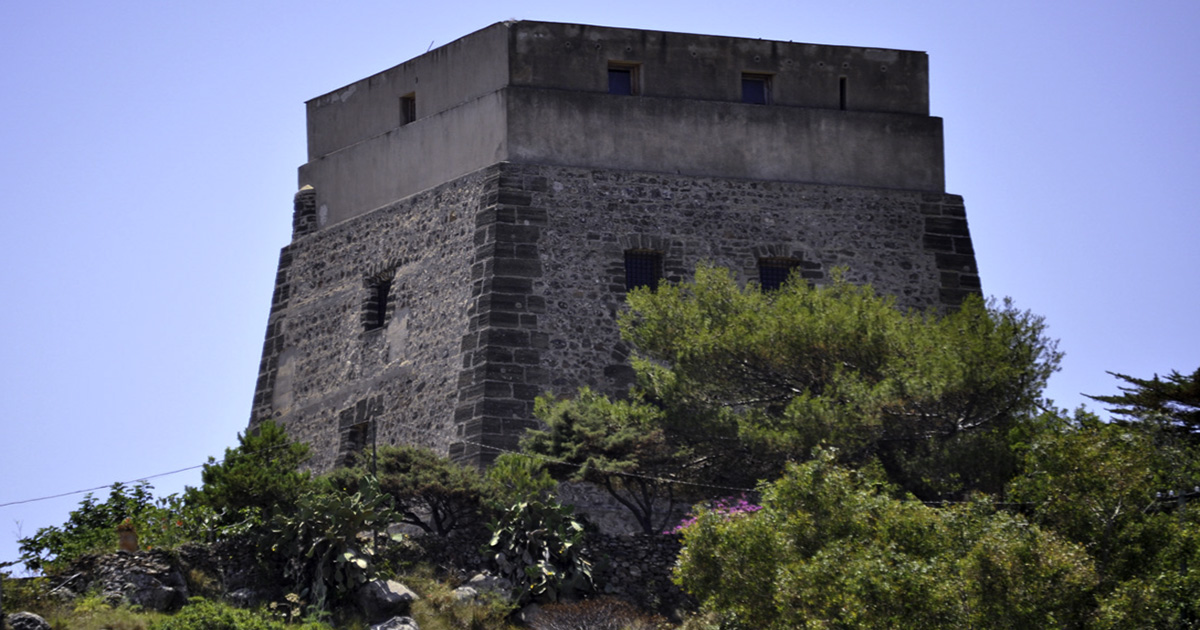 Ustica‚ also known as the black pearl of the Mediterranean‚ is a small volcanic island that lies 60km north of Palermo. It got its name from the Latin word ‘ustum’‚ meaning burnt‚ blackened‚ because of the pitch-black volcanic rock formations it owns.
All but just black‚ the island of Ustica is decorated by many colours‚ from calming muted pastel colours of the town’s painted houses to bright intense aquamarine and emeralds of the sea‚ from the soft cooling greens of the olive trees to the blazing pink hibiscus flowers.
The gorgeous island of Ustica is only 9 squared km large and is actually just the tip of a submerged volcano. The hills‚ Monte Guardia dei Turchi and Monte Costa del Fallo are the remains of ancient craters‚ as well as the Falconara promontory.
The effusive nature of the rock of Ustica has led to the formation of several caves and cavities which‚ over time‚ gave shelter during the first human settlements and which today are interesting to visit both above and below the sea.
Ustica is a tiny island‚ but able to seduce travellers‚ scuba diving and non‚ with its dazzling diversity of landscapes and cultural treasures.

The town of Ustica

The island of Ustica counts about 1500 inhabitants. Most of the Usticesi live in the town of Ustica that lies on the slope of one of the islands hills and is situated at the fishermen’s harbour of Cala Santa Maria. The towns houses are of characteristic Mediterranean style with pastel coloured walls and flat roofs. Most of the houses are beautifully decorated by fresco’s‚ while other houses are decorated with multi-coloured tiles. Throughout the town visitors can find a variety of charming small craft shops where typical souvenirs can be bought. Wandering the small streets baskets with sweet smelling fruits and fresh vegetables are sold for friendly prices by the locals. On the highest part of the town lies the square Piazza Umberto I‚ which is dominated by the S.Ferdinando Re church. At the base of the town‚ one can watch fishermen at work in a postcard-pretty harbour. Though small‚ the town of Ustica is rich in restaurants and bars‚ where one can really lose himself in the typical Sicilian cuisine‚ world-famous and top-ranking in Italy.

The culmination of the Usticese summer in town is the feast of its patron‚ San Bartolomeo‚ celebrated the 24th of August; a unique opportunity to discover this traditional Usticese festivity and to enjoy the thousands of lights colouring the streets and the fireworks spectacle illuminating the sea at night.

The island of Ustica is full of history. The first settlements date back to prehistoric times. Later on‚ the island of Ustica has been conquered by many‚ like the Phoenicians‚ the Greeks and Benedictines. In the Middle Ages‚ the Saracens used the island as their outpost‚ preventing Normans and Spaniards from colonizing it. It wasn’t until the 18th century‚ under Bourbon rule‚ that the islands repopulation was finally encouraged by a law offering free agricultural land and tax exemption to families who moved to Ustica. The island got colonized by a large group of farmers‚ who one year later had to suffer from attacks of the Turks plundering the island. More solid defences were built‚ of which the fort of Falconara can still be admired. In the early 20th century‚ because of its remote location‚ the island started to become used to ban criminals and political prisoners. During the fascist period in Italy‚ opponents from Mussolini were exiled to the island‚ of which the communist MP Antonio Gramsci is the most well-known.
The history of the island left many remains that can still be admired in the archaeological museum‚ the prehistorical village and even underwater on archaeological dive routes.

Among the 30 Marine Protected Areas along the Italian coasts‚ the MPA "Isola di Ustica" boasts the title of the oldest Marine Protected Area in Italy. It was‚ in fact‚ established by a decree dating back to 1986.
Ustica's surrounding waters are protected within the MPA‚ guarantying that they are kept sparkling and clean‚ resulting in and underwater paradise of fish and coral. In fact‚ the reserve is host to half of the marine species present in the Mediterranean Sea‚ making it a biodiversity hotspot. It is for these reasons that Ustica is also known as the diving capital of the Mediterranean.
The MPA covers about 16000 hectares of sea that lie on a coastal strip of 14.5 km. Like most of the Italian MPAs‚ its surface is divided into three zones subjected to different regulations:
Zone A‚ an integral reserve area‚ which extends along the western coast of the island and within which there is an absolute prohibition of access‚ except for surveillance and scientific research activities and for bathing activities‚ restricted to the coves of Cala Sidoti and Cala Acquario.
Zone B‚ a general reserve area‚ which affects almost the entire northern part of Ustica.
Zone C‚ a partial reserve area‚ which includes the southern sector of the island.  In the whole MPA of Ustica underwater fishing is absolutely forbidden‚ while both in zone B and in zone C‚ artisanal fishing activities and recreational underwater activities are permitted‚ subject to authorization by the managing authority of the MPA. The seabed of the Ustica MPA‚ with the exception of a few bays and coves‚ is generally steep and quickly slopes down to high depths.
The infralittoral‚ that is the rocky habitat that extends from sea level up to about 40 meters deep‚ is characterized by wide meadows of seagrass (Posidonia Oceanica)‚ an endemic plant of the Mediterranean. Below 40 meters depth the coralligenous habitat begins‚ characterized by the presence of various types of gorgonias and the false black coral of the Mediterranean (Savalia Savaglia). The fish fauna is extremely abundant and consists of numerous species. Those who dive in the clear Usticesi waters have the opportunity to observe very large brown groupers (Epinephelus Marginatus)‚ or to come across shoals of amberjack (Seriola Dumerili) and barracuda (Sphyraena spp.). These fish are accustomed to the presence of man and let themselves be approached by divers‚ offering them an unforgettable spectacle. Macro loving divers won’t be disappointed either‚ with the opportunity to encounter various types of nudibranch‚ like flabellinidae‚ or the dotted sea slug (Discodoris atromaculata)‚ a variety of crabs‚ clams‚ octopuses and cuttlefish or for the extremely lucky ones even a seahorse.

The small island of Ustica is a nature filled volcanic outcrop surrounded by pristine clear blue waters. The island‚ with its beautiful pure and untouched Mediterranean flora is surely deserves a visit of all nature lovers.
Hike along one of the many geological walking paths and enjoy unique panoramic views over vividly coloured crop fields and forest-covered hills framed by dazzling surrounding blues of the sea and sky.
Discover the many grottoes hidden along the coastline of the island‚ where light plays and reflections illuminate the sea with azure‚ green and even gold‚ contrasting the island’s black‚ volcanic rock‚ while the calming sound of the water softly caressing the stone walls echoes along.
Explore what lies below the water surface while snorkelling the Piscine Naturali‚ the “natural pool” formed in the rocks at the base of one of the lighthouses of Ustica. It is in connection with the open sea through an underwater passage‚ used frequently by fish from the open water that pay a visit to the pool.
For those who prefer to relax on the beach in all tranquillity‚ the best spot is Cala Sidoti‚ a lovely cove with dark pebbles situated on the western side of the island.
While visiting this side of the island‚ one should absolutely not miss out on the enchanting sunsets over the sea‚ either in perfect harmony with the silence of nature or while drinking an excellent aperitivo with live music at the lighthouse.

How can i help you?
This Web Site uses technical cookies, analytics and third party for a proper functioning of the Web Pages.
If you want more information about all the used cookies, see the Privacy Policy. Continuing to navigate you agree to the use of all cookies.